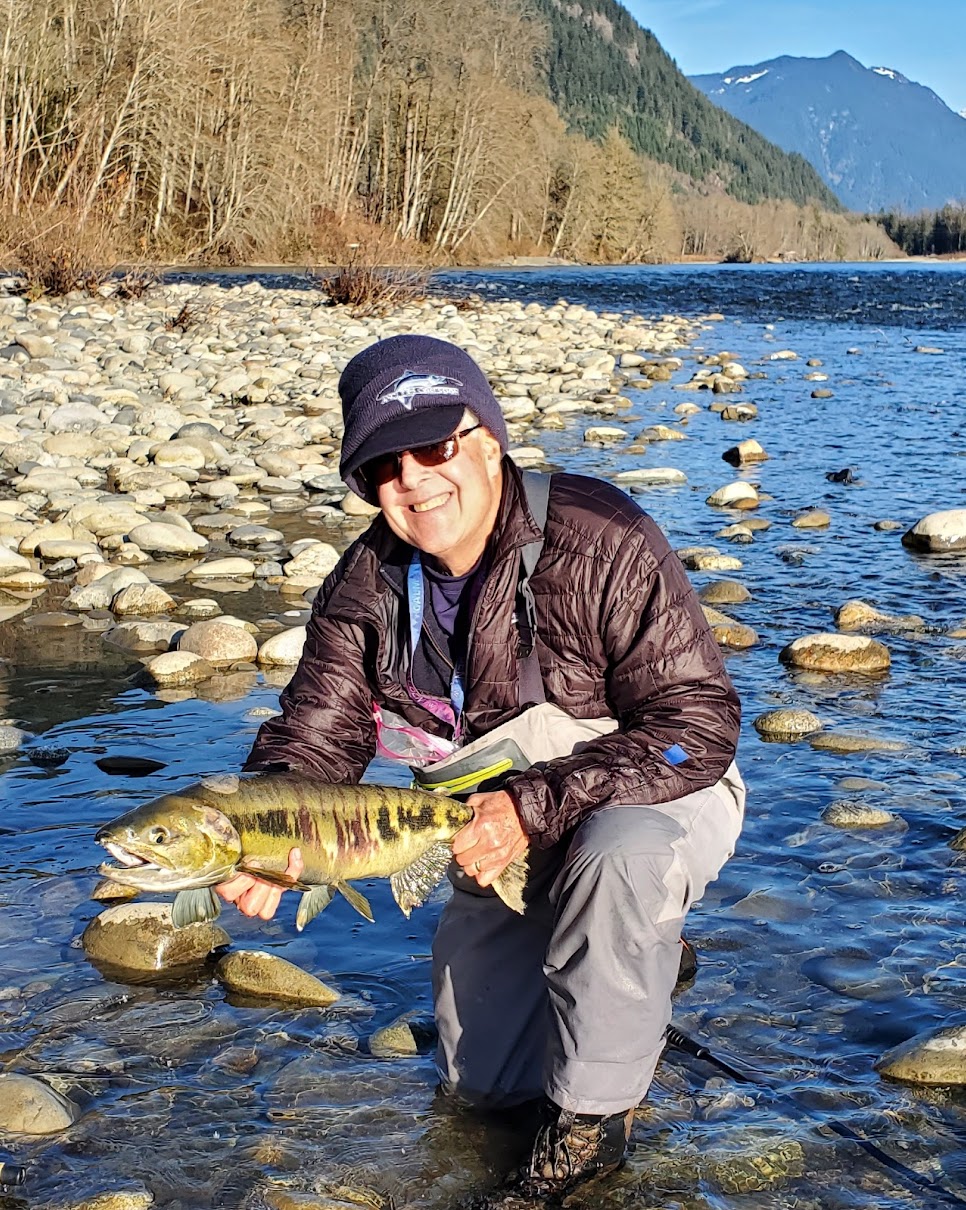 I fished the Skagit yesterday at Swift Creek. It was a nice 23 degrees when we got on the water about 8:30 am but did warm up as the day progressed. I had 6 layers on and very comfortable. To my surprise we had the entire run to ourselves until mid-afternoon. The bite came in waves with periods of slow fishing (one fish hook up every 10 minutes to super hot, one fish on almost every cast. The magic fly was a pink bunny leech in smaller sizes. I fished an 8 wt. with sink tip but found the fish were so close in at the head of the run that the tip would hang up, also unintentionally wrapping the fly around the fish’s tail on a few hook up, creating a wild ride to shore. If you fish a sink tip it needs to be very short and very light, maybe 60 grains. We pulled off the water around 2:30 after my pal Scott fell in, giving up the hole to two anglers who just showed up as we were leaving. Landing these fish is a real challenge and I highly recommend bringing a wading stick as it takes some time to get to shore after the hook up. Both of us landed fish in double digits. BTW: you must fish barbless hooks on the Skagit and release these fish also. I may try and get back out next week but sense the run may be nearing an end too. It was reported to me that WA. Fish and Wildlife were netting fish on both Thursday and Friday last week at this run to get eggs for the broodstock hatchery program. No idea if they will be back next week. For those of you who want to know how to find this run it is up the road from Rockport State Park maybe 2 miles. Park at the pullout and access the trail across the road. There is one small hill descent that requires some careful navigation to get to the river. 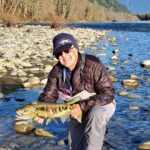