Here is the material list for Monday’s Chubski Fly Tying Round Table. We will meet on-line again. I will send out an e-mail with the TEAMS link and meeting details, but I wanted to get the materials list to you in case you need time to get the needed materials. Check out the January Windknots for more details.
Thanks Terry 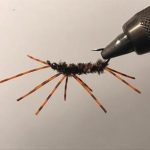 Movement patterns of Salmon and Trout in the Puget Sound including resident Coho and Chinook, Steelhead Smolts, Cutthroat and Bull Trout

Professor, School of Aquatic and Fishery Sciences, University of Washington

Tom has been a faculty member at the School of Aquatic Fisheries at the University of Washington since 1986 and professor since 2000 .His research programs are devoted to the behavior, ecology, evolution, and conservation of Salmon and Trout and their habitats, including work in Washington State, British Columbia, and Alaska. His presentation will be of benefit to anyone who loves salmon and Trout fishing especially those who enjoy fishing in saltwater 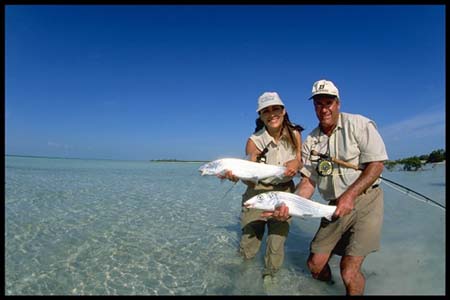 Brian O’Keefe has been serious about fly fishing for the past 30 years. During the past 20, cameras have played a significant part in his outdoor lifestyle.

At age eight, Brian’s interest in fly fishing was born while spending summers in Montana with his grandparents. There he was taught the art of fly casting and fishing by his grandfather, a dry fly purist. From those first years fishing the waters of the Northwest and Montana, he has spent the majority of his free time fishing and taking advantage of all the outdoors has to offer. On family vacations, Brian would often go off alone to fish a nearby stream. His interest in photography began as a means to back up with pictures, what his family thought might be just “tall tales”.

Brian started fishing the world in the fall of 1973. He began with a solo trip through New Zealand and Australia, and a brief trek into the Himalayan Mountains to fish for brown trout. After returning from this two-year adventure, Brian spent his summers guiding in the Northwest and Alaska for trout, salmon and steelhead. During those years he accumulated quite a large collection of slides, occasionally selling one to a flyfishing publication. At age 30, he began his career as a fly fishing tackle rep. Brian is also an accomplished fly caster, earning the title of Master Certified Fly Casting Instructor from the Fly Fishing Federation (FFF). He has also placed in, and won many fly casting competitions.

Brian has traveled to some of the wildest and most remote angling destinations in the world, including: Bikini Atoll, the Seychelles, Kenya, Sierra Leone, Tonga, Cuba and Kashmir. He has also traveled to more accessible locations, such as: the Bahamas, Belize, Costa Rica, Nicaragua, Venezuela, Chile, New Zealand, Christmas Island and more. In many of these locations he again chooses to venture off the beaten path, hiking, floating, sea-kayaking or taking a Zodiac into the backcountry.

Brian lives with his wife and fishing partner, Judith in Powell Butte, Oregon and continues to work as an angling and outdoor photographer, having had photographs published in periodicals such as: the Los Angeles Times; the New York Times; the Miami Herald; USA Today and many others. He has had cover shots in: Field & Stream; Outdoor Life; Fly Fisherman; Fly, Rod and Reel; Fly Fishing Salt Waters; Fly and Fish Magazine; Outside Magazine and Mens Journal. In addition to photography, Brian works as a tackle rep for Scientific Anglers in Washington, Oregon and Alaska. Today, you could just as easily run into Brian on his way to a slide show presentation at your local fly fishing club, as you could in an airport on his way to some island in the Pacific.